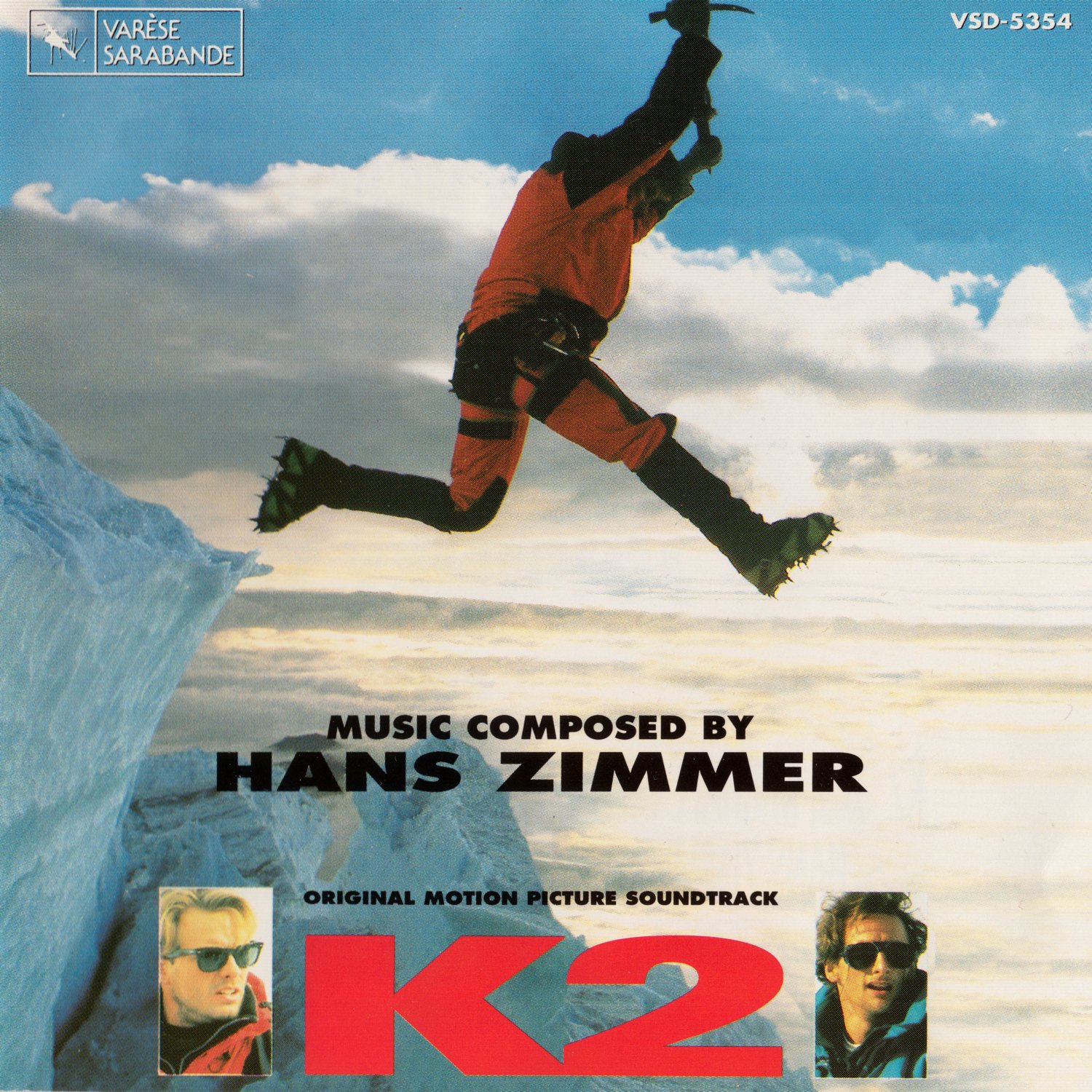 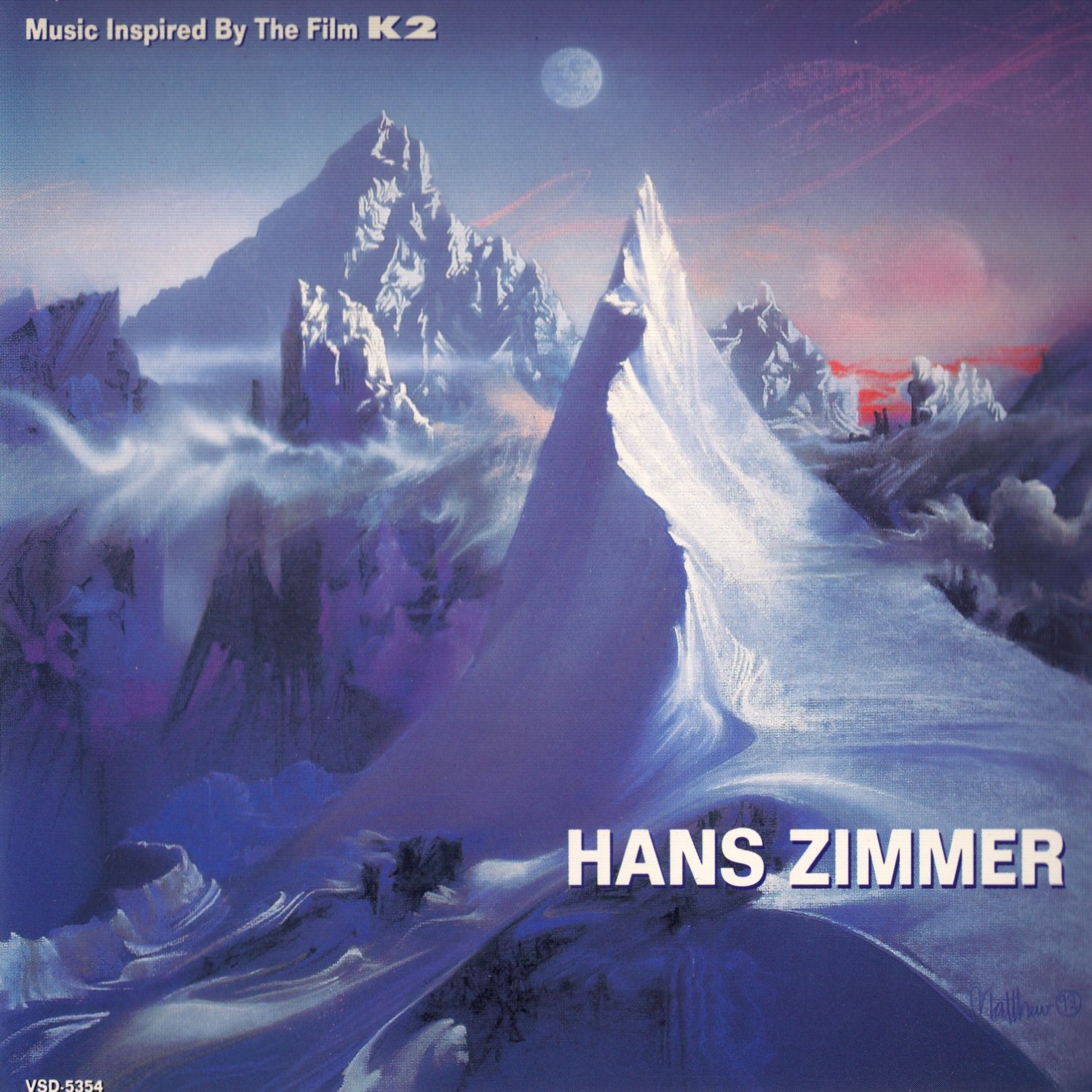 Music Inspired by the Film K2

One of the more welcome developments in recent cinematic history has been the ascendancy of Hans Zimmer in Hollywood music circles. Besides being a composer of acute dramatic sense, Zimmer also possesses a voice that is singular in contemporary music. He was born in West Germany to creative parents – his mother was a concert pianist, while his father worked as an inventor. After graduating from school Zimmer combined the occupations of both parents, becoming a specialized performer and designer of synthesizers. In fact, Zimmer has played a major role in the development and integration of electronic instruments in the context of film scoring. His studio is filled with a headache-creating array of equipment, including synthesizers, drum machines, sequencers, and computers which coordinate the entire ensemble. It is true that Zimmer has taken complete advantage of recent advances in microprocessor and integrated circuits technology, but one should not be tricked into thinking that his absorption in music technology has occured at the expense of a necessary sense of drama. The composer has always demonstrated that electronics should be used as a means to a dramatic end, and this credo has been evident from the beginning of his film career. After spending several years working with live bands and in commercials, Zimmer contributed his talents to British films such as Eureka (1981), My Beautiful Laundrette (1985), Paperhouse (1988) and the Oscar-winning The Last Emperor (1987), for which Zimmer produced and re-worked much of the score. Despite these impressive credits, it was the composer's work on Chris Menges' A World Apart (1987) which attracted the attention of director Barry Levinson, who subsequently hired Zimmer to score Rain Man (1988). Zimmer received an Oscar nomination for this score and has since become entrenched as one of Hollywood's busiest musical practitioners. Some of his more familiar American titles include Bruce Beresford's luminous Driving Miss Daisy (1989), John Schlesinger's yuppie horror film Pacific Heights (1990), the Tom Cruise vehicle Days of Thunder (1990), Ridley Scott's visionary road picture Thelma & Louise (1991), Ron Howard's pyrotechnical Backdraft (1991), the meditative Regarding Henry (1991), and Peter Weir's entertaining romantic comedy Green Card (1991). In addition the ever prolific Zimmer has recently created scores for John Avildsen's The Power of One, Richard Donner's Radio Flyer and Penny Marshall's A League of Their Own.

The score featured on this album was used for the European distribution of the movie. The original score for the US release was written by the British musician Chaz Jankel. His music can be also heard on imported versions from Japan and Korea, although the Jankel score was never released as a soundtrack album. Varèse Sarabande issued the Zimmer score in two different packages, one entitled Original Motion Picture Soundtrack for the European market and one entitled Music inspired by the film K2 for the markets where the movie with the Jankel score was released. Beside the two different covers and sleeves the recordings are identical.

Soundtrack Produced by and

Orchestra Recorded by at CTS, London

Technical Assistance by and

Music Supervision by of Air-Edel Assc.

All equipment supplied by those fine gentlemen at SYCO Systems, who else!

My special thanks to who wrote and arranged a couple of brilliant cues for this film, which through no fault of his own have been omitted from this record (but he got to play the Hammond, so he's happy, I hope).

somehow found time in his busy schedule to perform the more ethnic sounding instruments on this score.

Those very loud drums are the creation of the very fabulous

The solo cello was performed by

The solo viola was performed by

My greatest pleasure throughout the recording of this score was the chance to work with again, truly one of the finest guitarists I know. 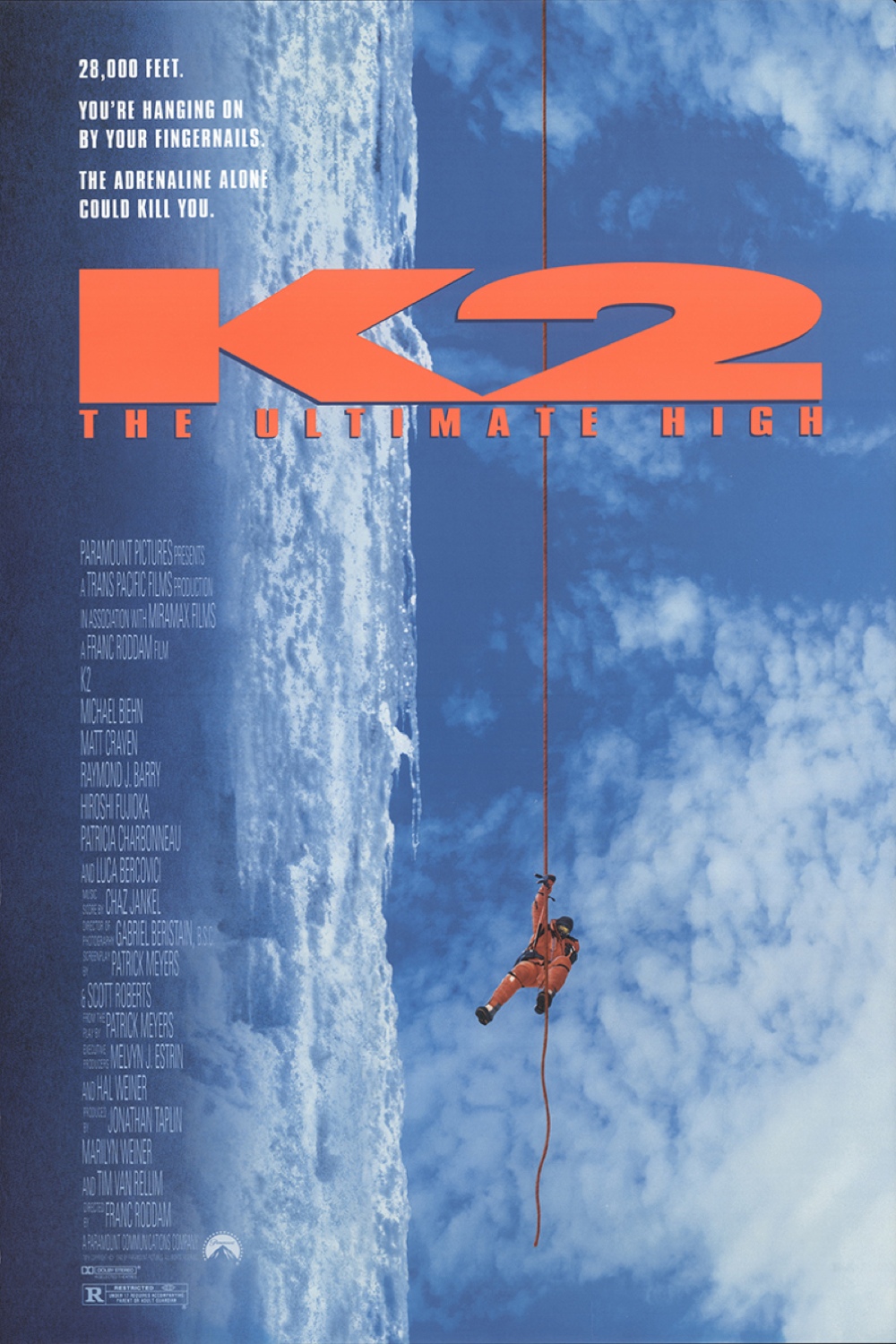